Beginners Guide To Vitamin E & What It Does For Skin

If you could hire an army to defend your skin against free radicals and all the damages it has to deal with day in and day out, Then you should seriously think of an Antioxidant like Vitamin E as your skin's own War

Here’s where things get interesting.

According to Dr. Lauri Wright, a registered dietitian and an assistant professor of nutrition at the University of South Florida, the free radical theory of aging states that “we age because of free radical damage over time” since they can damage DNAs instructional code, causing our new cells to grow incorrectly, leading to premature signs of ageing.

Free radicals can be produced externally from many substances, including air pollutants, fried foods, alcohol, pesticides and tobacco smoke and are underlying culprits for various diseases such as Cancer and Alzheimer's.

On the other hand, Antioxidants are the natural little "soldiers" found in our body that have the tough job of cleaning up the free radical waste found in our cells. They are molecules that keep free radicals in check by preventing them causing damage.

So Where Does Vitamin E Comes In?

And because it has super moisturizing and healing benefits, it's so popular and often found in most skincare products - From your serums, moisturizer, eye creams etc.

Here's What Happens When You Feed Your Skin Vitamin E

✔️ Protect, restores and repairs skin barrier so it can retain water and stay hydrated longer.

✔️It's a fat soluble ingredient which means it's able to penetrate deep into skin to keep skin moisturized and firm.

✔️ It has skin repair powers for treatment of hyperpigmentation and acne scars.

Are you sold yet? Basically, Vitamin E is an Ultimate skincare ingredient for moisturizing, protecting and anti aging benefits.

What more could your skin ask for? 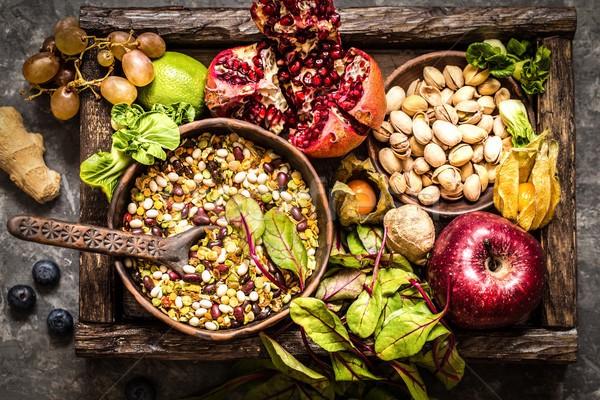 The Best Skin Care Routine For Your Skin Type

How to Make the Switch to All Natural Skincare

For all general inquiries, please contact us at info@neutriherbs.ng